How Long Does Debt Settlement Stay On Your Credit Report? 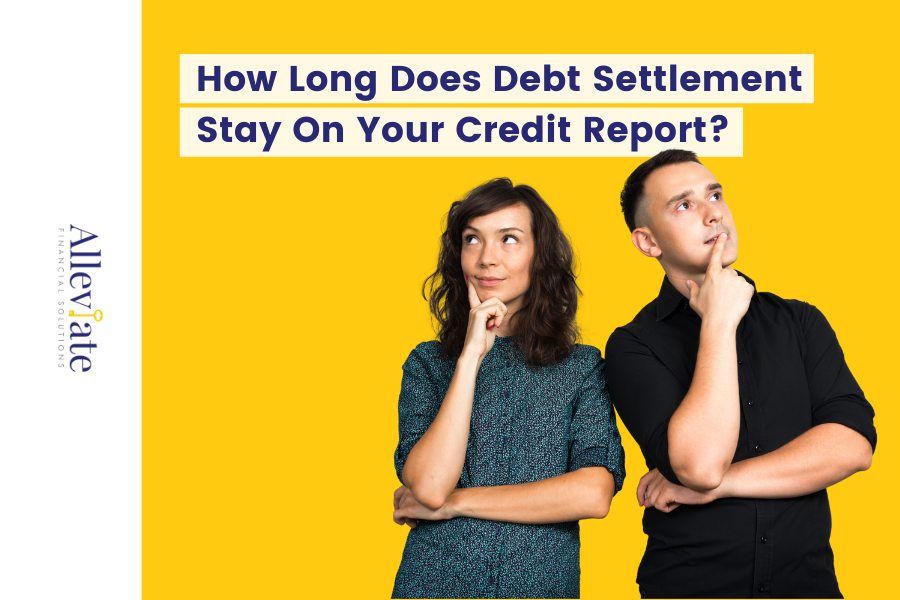 Much of the credit is attributed to the Bradstreet Company, who was the first company to have a standardized record system, although it was created based on speculation and social standing.

Today, the system is more efficient and a lot more accurate. It’s also more complex, since so many things can affect your credit score, including debt settlements.

How long does a debt settlement stay on your record, though? We’ll answer that question in this article.

The Effects of Settling Debt

A debt settlement occurs when a company has transferred a debt over to a collection agency in hopes of receiving at least some of the payment. The collection agency then works to track down the debtor and secure the money. Keep in mind that debt collectors aren’t allowed to harass you if you write a formal request for them to stop.

The debtor can then attempt to settle with the collection agency. This means that they pay a certain amount of the debt, and the debt is forgiven.

This clears the person’s record of the debt, but adds the settlement. Having a debt settlement is bad for your record because it sends a signal to companies that you might not be a reliable client. However, settling means that you have at least made an attempt to repay some of the debt, which is a lot better than not paying it at all.

You may be tempted to believe that having debt at all is bad, but this isn’t true. Taking on debt and paying it back on schedule increases your credit score because it offers more proof to creditors that you can be trusted.

How Long Does a Settlement Stay on Your Record?

As a general rule, a debt settlement will stay on your record for seven years. This goes for all settlements, including student loans.

It’s also important to discuss delinquent payments. When settling debts, your settlement company may advise you to stop making payments and save money until a settlement is reached.

These payments may turn delinquent during this time, and if a settlement isn’t reached, these will also end up on your credit report for seven years after the day they become delinquent.

How long does a debt settlement stay on your financial records? We’ve talked a bit about that in the paragraphs above, but finances are a complex field, and a lot of things differ from one situation to another.

If you want to know more about debt relief and how we can help, please visit our site. We encourage you to learn more about us before committing to anything. We want you to be comfortable working with us if you so choose.