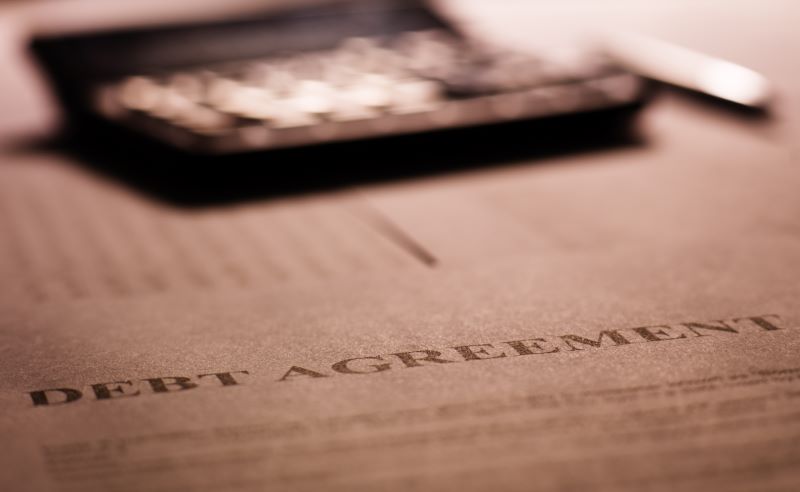 You hustle, scratch, claw and hustle every month in order to meet all of your financial obligations. Despite all that you’ve done to keep all your bills current, you’re not really making any headway on your overall debt. You either recently or soon could be on the receiving end of bad news, such as the loss of a job or an unexpected medical bill, which will put your already-tenuous financial situation into a state of chaos.

You’re scared, stressed and you’re unsure of what to do for help, even though you know you need it in some form or fashion. Alleviate Financial Solutions has helped countless people just like you work through difficult situations and achieve financial stability and freedom. If you’re just getting started on how to solve this problem, allow us to present you some debt settlement FAQs in case you’re thinking of pursuing that approach.

What Is Debt Settlement?

Debt settlement is just that – settling your debts with a creditor or creditors. Instead of paying everything the creditors claim you owe, you sit down with them and work out an agreement where you pay part of what is owed quickly in return for the rest of the debt being canceled. It’s a way for creditors to at least recapture part of their debt as opposed to losing all of it should the person who owed the debt decide to file for bankruptcy protection instead.

For a more in-depth look, you can always check out our Debt Settlement Guide.

Who Negotiates with the Creditors?

Negotiating with large companies to whom you owe money is a scary proposition. You’re already feeling embarrassed enough that you’re not able to pay all of your bills and you don’t want to be humiliated by some angry person on the other end of the phone. This is just one of the reasons why, although you are certainly legally allowed to negotiate with your debtors alone, it isn’t necessarily a good idea. In terms of who actually negotiates with creditors if it isn’t the debtor, it’s often a debt settlement attorney or a debt settlement company that represents the person who owes the debt and negotiates on his or her behalf.

If you do want to learn more about negotiating on your own, read our article: Do you Need a Debt Settlement Attorney?

What If I Can’t Afford the New, Agreed-Upon Debt?

In many cases, that’s not necessarily a problem, at least when you work with debt settlement companies. Many of them understand that the reason people seek their help in the first place is because they are in a tough spot and feel that they have nowhere to turn, and that’s because they simply lack cash at that moment in time.

As a result, many debt settlement companies will make the payments to the creditors and extend a loan to the person who’s seeking help that he or she can pay back to the company over time, like any other type of loan. This reduces the debt not only in amount, but also down to one payment every month instead of many.

Does a Debt Settlement Harm My Credit?

There is not one hard-and-fast answer to this question that applies to everyone. In short, yes, debt settlement can harm your credit score because it will appear as such on your history. That can lower a score initially, as would any entry that’s considered a negative and that only makes a person seem like more of a risk for future creditors. However, in the long run it can actually improve a person’s score in some situations, as that debt is removed, which means that it’s likely that there won’t be any more late payments or other collection efforts that continue to harm a person’s overall score well into the future. It’s really an individual answer that should be answered by an experienced professional.

Why Would a Creditor Accept Partial Payment?

At the end of the day, lenders are in the business of making money. Part of making money is minimizing your losses. Yes, creditors are very good at intimidating people into making late payments, paying all sorts of extra fees and the like, and this helps fund the costs of these collection efforts. However, at a certain point, recapturing those costs becomes extremely difficult, and as mentioned above, if a consumer files for bankruptcy protection, it’s possible that the creditor could face a total loss on the amount loaned to that person. Therefore, creditors will often listen when they’re told that they can recapture part of the debt as opposed to very little of it or even none at all.

Does a Debt Settlement Affect My Taxable Income?

In some situations, yes, settling a debt can be seen as taxable income. While the rules and specific standards change constantly, these days a creditor is required to inform the IRS of any debt that it forgives that is worth at least $600 in savings to the debtor. Therefore, someone who negotiates a debt settlement that, for example, removes or forgives $5,000 in debt would likely need to report that on his or her next tax return. Of course, all specific questions related to income tax should be handled by an experienced taxation professional. You should know, however, that this step can affect your next return.

What Types of Debts Can a Debt Settlement Company Handle?

While every company is different, most in this industry will handle what is known as unsecured debt. There are two types of debt that can arise, and they are known as secured and unsecured debt. Examples of secured debt include:

Secured debt means that the lender has “security” in the lending process. Specifically, that means that the lender can recapture the collateral in order to recoup the debt. Therefore, if you take out a mortgage and do not pay it for long enough, the lender can retake the home and sell it to satisfy the debt. There really isn’t a way to negotiate a lower debt amount with a creditor, as the creditor will have the option of recapturing more if it repossesses the collateral.

Examples of unsecured debt include:

Basically, unsecured debt is debt that does not have collateral attached to it. A medical billing company cannot retake medical attention, for instance. Most debt settlement companies deal primarily with unsecured debt, as mentioned above, but there is one important caveat: Student loan debt is its own type of unique debt. Given its status legally, most student loan debt is left up to the borrower to deal with, as it cannot be discharged in a bankruptcy case absent relatively rare exceptions.

Shouldn’t I Just File for Bankruptcy?

Every financial situation is different, and every financial challenge is different. For some people who have no money coming in and no real prospects of having money coming in any time soon, who have few if any assets and not all that much to lose, yes, bankruptcy may be the best option. However, bankruptcy is considered the “nuclear” option in the financial world, and it will remain on your credit report for either 7 or 10 years depending on the type of bankruptcy case you file. The best way to figure out what to do with your situation is to go through it with an experienced professional who can help you make the best decision for yourself and your family.

How Can I Find Out More?

If you’re ready to speak to a professional after reading these debt settlement FAQs or even if you’d like to read some others, you shouldn’t hesitate to contact the team at Alleviate Financial Solutions. We also have a Debt Settlement Guide available for your review. We’re available 24 hours per day, and we’ll help you find the answers you need. We want to help you put these financial difficulties in the past, so contact us today to get started on regaining control of your finances and your life.